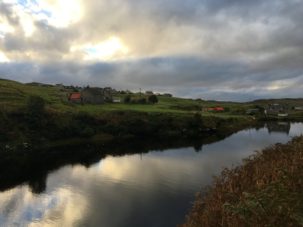 Between the 30 September and 23 December 2015, the Scottish Government consulted on provisions for a Future Islands Bill to help empower and protect Scotland’s island communities. The responses have been analysed and a report has been written. You can read the executive summary here.

Islands Minister, Humza Yousaf, announced in August 2016 that the new legislation is to be progressed in the next 12 months. The consultation sought views on island proofing legislation and creating a National Islands Plan, which gained a lot of support.

The Scottish Government Bill was introduced by the Cabinet Secretary for Rural Economy and Connectivity, Fergus Ewing MSP, on 9th June 2017. The Bill completed Stage 2 (Scrutiny) on 28th March 2018 and will now move to Stage 3; Debate.

You can find more details about the Bill here.

Why does the Islands Bill matter to rural housing?

The Islands Bill matters because 103.702 people were living on Scottish islands according to the 2011 census. House construction on the Scottish islands can be more complicated and difficult than in many mainland or central belt areas due to transportation costs and distances, regularity of ferries, weather, availability of workforce,  accommodation for workforce and so on. On some islands, the cost of building can be up to 30% higher than mainland projects.

For more information on the Islands Bill and why ‘Island Proofing’ matters, read Professor Sarah Skerratt’s presentation to the Rural Housing Scotland Conference 2018.

Becoming a member of Rural Housing Scotland costs as little as £10 and not only supports us financially, but also helps us advocate for communities and organisations like yours at all levels of government. Members also gain access to discounts and member-only opportunities. Become a member today.

Despite an increased emphasis on community-led housing to tackle the rural housing crisis, the Scottish Government recently stopped financial support for organisations like ours who work to help rural communities address their specific housing needs. You can help us continue our work by making a donation to RHS.